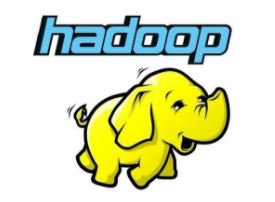 In HDFS when we are storing files/Directories, corresponding metadata will be stored in Name Node, each file, directory, block metadata information will approximately occupy 150 bytes. Suppose if you have 1 million files and each file are using approximately a block size or lesser then the block size then metadata size of the corresponding files/directories are approximately 300MB of memory, In such case lot of memory is occupied in the name node and after some time threshold will be reached and further it will be a problem with the current hardware. Certainly performance will be a downgrade.

During the execution of Map reduce, when the file size is lesser than or equivalent to the block size, for each block size or equivalent split size one Mapper will launch so approximately large number of Mapper will launch for large number of small files in this case processing time will be more for each file having small chunk of data .when we are reading and writing large number of small files seek time(the time taken for a disk drive to locate the area on the disk where the data to be read is stored.) will be more which will impact performance and seeks are generally expensive operation. Since Hadoop is designed in such a way to run over your entire dataset, it is best to minimize seeks by using large files.